Stand in Solidarity, Raise Your Voices Not Your Fists for Our America 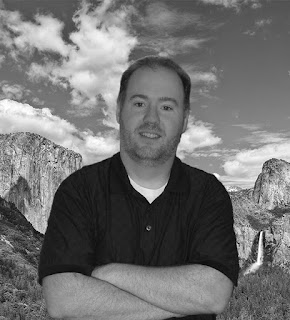 Regardless of whether you are for or against the demonstrations happening across our America, it's time to listen to the voices of the protestors. "People are out here for multiple reasons in addition to sending a message about Black Lives Matter. It's about making sure that we have protected our right to protest and engage in free speech... It’s about [many other things as well]…" Portland demonstrator, via The Guardian. Federal troops should not be used indiscriminately against our citizens and certainly not with snatch and grab arrests.

Police brutality and injustice affects every race, creed and ideology, but there aren’t many good resources available to track this and this is on purpose because our government does not want us to know. However, one resource that tracked deaths in police custody from 2003 - 2009 found 4,813 persons had died during or shortly after law enforcement personnel attempted to arrest or restrain them. With "homicides by state and local law enforcement officers being the leading cause of such deaths," accounting for 2,931 (60.9%) of such deaths. Of reported persons who died during the process of arrest, they represented all people. 95 percent were male; 5 percent were female. About 42 percent were white; about 32 percent were black; about 20 percent were Latino; about 6 percent were Asian or other.

Ready answers for the change our America needs are already out there. CAHOOTS is one of them and it provides an excellent model for the future of policing in America. First implemented in Eugene Oregon, where I lived years ago, CAHOOTS (Crisis Assistance Helping Out on the Streets), is a program that reroutes 911 and non-emergency calls relating to mental health, substance use or homelessness to a team of medics and crisis-care workers. These special teams respond to such calls instead of, and not alongside, police. This highly successful program has been in place for OVER THIRTY YEARS. In Eugene, CAHOOTS handles approximately 24,000 calls a year, which is about 17% of all police calls and has proven over and over and over that it is a boon to police, not a detriment. CAHOOTS does this by allowing police to focus on combatting crime and allowing community programs to handle mental health, substance use and homelessness issues.

Programs modeled after CAHOOTS have been successfully implemented in Olympia, Washington where I've lived for that past 25 years, and in Oakland California. New York City wants to implement a similar pilot program for two precincts in which EMTs and crisis counselors would respond to mental-health calls instead of police. But the time for pilot programs and baby steps is past. Our America needs action. Our America needs commitment to change. It’s time to rethink policing. A police response is not the kind of response needed when people are having a mental health, substance use or homeless crisis.

The police in our America have tried to do too much, gone far beyond their area of true expertise, which is fighting crime. Police departments have grown too big and consume too much public funds. Police try to be mental health counselors, drug and alcohol counselors, marriage counselors, victim’s advocates. They try to police schools, enforce traffic laws, ensure public safety and on and on. With all this is there any wonder why there is dysfunction? Why police can’t adequately fight crime in big cities? Why police are failing us?

For those who believe the police are the enemy, I ask you to consider that the police themselves must be part of any solution developed. We need our men and women in blue, but we need them focused on fighting crime. A police force focused on crime might finally be able to succeed. It’s a warzone in many cities across our America. In 2019, nearly 15,000 people were the victim of homicide or accidental shooting. There also were 409 mass shootings and 30 mass murders.

For police who believe we, the people, are the enemy, I ask you to consider that criminals commit crime, demonstration in itself is not crime, speaking up is not crime, asking for and expecting sincere change is not crime. Police should be stepping up and helping us bring about change, not beating we, the people, down with batons and tear gas. I ask you to consider how you would act if your mother, father, sister, brother, or children were out there demonstrating. Would you beat them down? Would you tear gas them? Would you betray their right to demonstration?

For those destroying our America as part of protest, I see your pain, I hear your anger, I understand, but I ask you to consider tomorrow. Your tomorrow, our tomorrow. The tomorrow of your brothers and sisters, mothers and fathers. The tomorrow of your children and their children. Our words and our unity through these challenging times can do so much more than our anger, than our outrage. Develop a message, develop your message. Raise your voice, not your fists. Win hearts and minds by telling us with your words and your unity what you think and what you feel. Help us fight for change and justice by telling us about the change you want to see and representing this change. Help us define our tomorrow for our America.

For the moms and the veterans out there on the frontlines helping to defend our right to demonstrate, our right to free speech, I say thank you. I am with you in spirit, if not in self. We are America, we are democracy. Totalitarianism has no place in our America.