Lots of Books Require Lots of Effort: Writing & Releasing Books Into the Wild

Often, it takes a very long time to work books through the writing, editing, review, and publishing processes. Recently, my publisher and I re-did the interior layout of all the Bugville books for new digital editions to accommodate the improved standards of today's e-readers.

There are 100+ Bugville books. They re-released at the same time to all markets after 18 months of hard work from a dedicated team.

Even with the original releases, many of the Bugville books ending up being released at the same time. Why?

In 2005, I was finally able to publish the first two sets of books, 15 in all, after years of work and waiting. Although the books were written and illustrated over a period of years, the digital rendering, text layout, editing, review, and final publishing processes all came together at close to the same time.

Over the next 9 years, I've published the original works I created over many years along with new ones until finally I caught up and released everything I'd created. 100 illustrated books created over 20 years is a rate of 5 a year, but many of the books came out in batches because that's how they worked through all the processes to get to official release dates.

Over the years, there have been many readers favorites. Here are a few of them, as well as a few of mine: 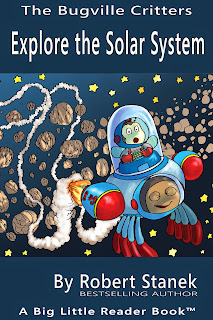 Bugville Critters Explore the Solar System was a runaway hit from its first release. In the Book, Buster has a dream where he pilots a rocket ship through the solar system. I often hear from readers about how much they love the story and its beautiful watercolors. 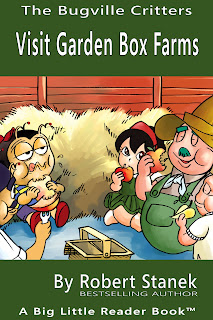 Talking about healthy eating habits doesn't have to be a bummer and it's one of the reasons Bugville Critters Visit Garden Box Farms was been a reader favorite for years. 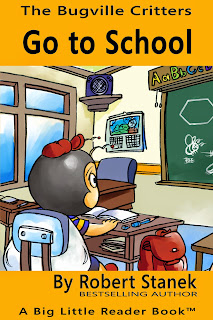 Bugville Critters Go to School is another perennial reader favorite. Kids love the story of Buster's first day of school and how he overcomes his jitters. 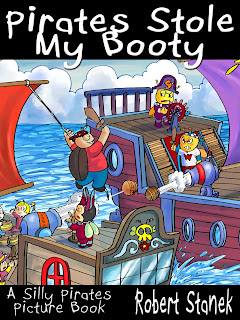 Pirates Stole My Booty is laugh out loud fun, complete with a pirate dictionary. It's always been one of my favorites and a favorite of readers. 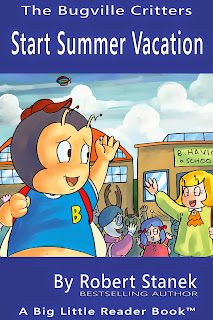 Another reader favorite is Start Summer Vacation. This book tells the story of Buster's last day of school before vacation.
Hope you enjoy these favorite reads!