Remembering My Long-Time Friend Brian Jacques on His 80th Birthday 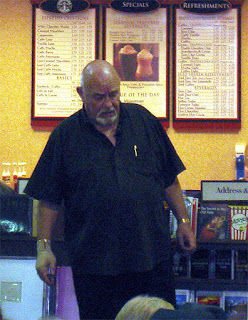 As I write this, today June 15, 2019, my friend, Brian Jacques, creator of Redwall, would have been 80. Of all the writers I’ve corresponded with over the years, from Raymond Feist to CJ Cherryh to Mercedes Lackey in the hey days of CompuServe, Brian was the wittiest and most fun. It was the highest of honors to host Brian when his fall 2005 book tour of the Western USA brought him to my adopted home town of Olympia, Washington. At the time, I wrote about Brian’s visit on a tribute page to him and his books, which I posted to share with my readers @ http://themagiclands.com/brianjacques.htm. The page is still there, hasn’t changed in 15 years.

One of the best things about Brian’s visit was that my son, Will, who was 13 at the time, got to meet Brian and get all of his Redwall books signed. Will was, and remains, a Redwall fan, having read all of Brian’s books multiple times. My two youngest were also at the signing and they enjoyed getting their pictures taken with my friend Brian. 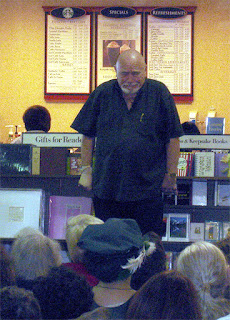 As I had promised Brian, I also gave him copies of the children's editions of my books, The Kingdoms & the Elves of the Reaches, which are set in my fantasy world of Ruin Mist. Brian and I enjoyed swapping stories of our created worlds, having bonded over our similar experiences with Catholic school teachers beating us with rulers.

Brian was a hoot to listen to at author events and book signings. He loved his characters and got into the role of his characters actively in the telling. Brian loved a good feast as well, as any attentive Redwall fan knows.

Brian also challenged me to give back to readers and the writing community, to share my personal skills and experiences with others. Brian always spoke fondly of his days working with blind children and how he got his start. Early conversations with Brian were key in inspiring me to dedicate many hours and years to give away one million books to schools, libraries, community centers and others, though especially to teachers in classrooms who needed books for their students who otherwise would have no books at all as well as to schools for the blind, like the one in rural Scotland where students had access for many years to my entire catalog of books, including many educational and learning titles in the Bugville Critters, at no cost. 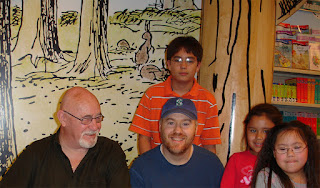 To say Brian Jacques loved the written word is an understatement. Brian lived for the written word and I think the only thing he loved more was bringing his stories and ideas to life with spoken word. Brian and I had running conversations about digital audio and in particular Audible, where my books had been runaway bestsellers--#1 Fiction, #1 Fantasy, #1 YA/Childrens for many weeks in spring and summer 2005. Brian was more familiar with traditional audio on tape and hesitant about the digital world--ebooks, kindle, audible, and such. I don't know if my words on the subject swayed his thoughts on the subject, but I'd like to think so, as his books did start to become available for both kindle and audible.

In the fall of 2005, none of us could have known that Brian would be taken from the world just a few years later. I was, in fact, looking forward to his promised next West coast USA tour and another visit with my long-time friend. For me, Brian Jacques will forever remain one of the true few who could paint pictures with words.

We all miss you, Brian, though it is perhaps fitting that the final Redwall book is about rogues. As a rogue scoundrel who worked many odd jobs in his life, this was perhaps Brian’s last wink and nod to the world.

Thanks for reading, I’m William Robert Stanek, Microsoft’s #1 author for nearly 20 years, and author of over 250 topselling books.
at June 15, 2019