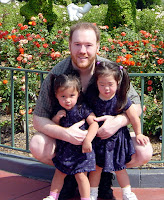 Honored to have been nominated once again for an award for Distinguished Contributions in Writing & American Letters for my body of work encompassing more than 20 million words spread across tens of thousands of pages in the 250 full-length works I've written. Since my breakout bestseller in 1995, my work has been published and/or distributed by every major publishing house in the U.S. from Time Warner to Simon & Schuster to Random House as well as Hachette, Pearson, Macmillan, McGraw Hill, and Microsoft--not to mention more than 100 other publishers globally.

I've said it before and I'll say it again the success I've had is the stuff of Willy Wonka's wildest dreams. Still, as I wrote about in “How I Made This Crazy Thing Called Writing a Career”, wild success doesn’t necessarily mean riches for the writer. For sure, me and "80's" Stan Lee could stand in line next to each other and trade stories. Bookstores, publishers, agents, publicists, Uncle Sam and many others got the Lion’s share of the wealth, but I got to live the dream and living the dream was as good as being Spider Man.

I will forever remain grateful to my publishers and everyone else in the business who made the dream possible. In my career one of the things I’m most proud of is my work to give back, to support my fellow writers, to support veterans, to support the disabled--and especially disabled veterans. I've fought the good fight for disabled veterans for many years, but if I had to pick one achievement I'm most proud of, it is this: Giving away the millionth-dollar book to schools, libraries and communities in 2015, after 20 years of working toward the goal. Nothing ever felt so right. Schools and libraries are after all where I developed a lifelong passion for the written word.

My books often ended up in places where schools and communities had no other books. In classrooms in Puerto Rico, Guam and the Philippines. In libraries in rural India, Spain and Portugal. In communities throughout South Africa, Brazil and Argentina.

As I look back at my career, I’m also very glad that from the beginning I did something for myself by starting a publishing company. That company began operations in 1995 and I used it to learn about the publishing side of the industry, which is very different from the writing side. By 2004, I knew enough about the industry and was ready to spread my wings and go into publishing on my own. I hired a great team and put them to work running my business.

In the beginning, we had quite a large team, that team has whittled down to a few core members, but remains in the business of bringing my works, and the works of a select group of other writers, to the world. They've helped get hundreds of translations for my works, which are now available in nearly every country around the globe. Over the coming years, this publishing company will transition to the William Robert Stanek Foundation. For readers this means that although William Stanek the writer put away his pen and paper, my work will continue to be available long into the future.

Capes and costumes for superheroes come in all sizes and colors except for writers. If you're a writer, the best you can hope for is to be acknowledged by those in your field and I am sincerely honored to have been nominated once again for an award for Distinguished Contributions in Writing & American Letters for my body of work.