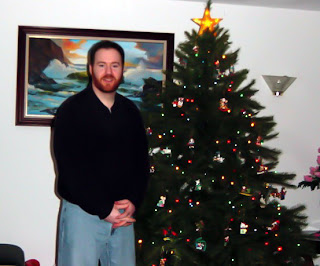 Robert Stanek's many technical articles and technical books have helped millions of readers learn essential job skills and stay competitive. That's important, especially in these troubling economic times. While working on his technical books, he also worked on his fiction books, including the Ruin Mist books, the Magic Lands books, and the Bugville Critters books. The Ruin Mist books have been fairly popular. In the spring of 2002, Keeper Martin's Tale and Elf Queen's Quest became instant bestsellers, spending a combined 26 weeks on the Amazon.com Sci-Fi/Fantasy Top 50 list. The name "Ruin Mist" is the common language translation of an elvish word, which means "the lost ages" which is what www.ruinmistmovie.com is all about. The stories of Ruin Mist are set in a fictional past of our world.

Robert Stanek grew up in Wisconsin, and says of that time: "Saying we were poor is like saying dairy cows make milk. I loved school not only because I got to eat, but because I loved learning. The old schoolhouse at Jane’s elementary school, my first school, was built in 1917 and was the school my grandfather attended as a young man. My grandfather taught me so much about life and instilled in me the principals and values I carry to this day. It was thanks to my grandfather that I got to go to Timber Lee Bible Camp during the summers. Not only did I learn sailing, canoeing, swimming, and more at Timber Lee, I learned about caring for others, giving back to my community, and being true to one’s self. After high school, I joined the military to see the world--and really did. I lived in Japan, toured Asia. I lived in Germany, toured Europe. I saw what hell is like in the Gulf War. And the lessons and experiences from all of this spill over into my writing like water over Niagara Falls."
Renowned for creating beautiful, vibrant scenes full of wonderful color, Robert has been called a living legend and national treasure, his words and illustrations have captivated the hearts and minds of millions over the past thirty years. As a combat veteran who is partially disabled and father of a daughter with Down Syndrome, he is a vocal champion of veterans and the disabled. He also is a champion of books and libraries, frequently donating his time and resources to support related causes.
Some people wear one hat or two, Robert has always worn many. His hundreds of written works as William Stanek (primarily nonfiction) and Robert Stanek (primarily fiction) are well known, less well known are the thousands of iconic photographs and hundreds of canvas paintings he created for World Galleries over the past 30 years. With the permanent closing of the physical galleries in spring 2021 due to the worldwide pandemic, Robert and his wife stepped out from behind the scenes to support the online initiatives for 360 Studios, @24 Studios, 1North Studios and Studio 2. You'll find three decades of their creative work in the arts at:

As a notable writer, photographer and artist, Robert has met lots of CEOs, presidents, and monarchs, and yet it was a meeting with Ronald Reagan and George HW Bush in the early 1990s that he remembers most vividly. Both were trustees of the National Awards program at the Freedoms Foundation at the time, and he had recently received the Distinguished Flying Cross for his wartime service to the USA and the George Washington Honor Medal from the foundation. “It was an honor,” Robert says, to have those great men shake his hand and mean it when they congratulated him for his achievements, but for Robert those moments marked a beginning, for in his view he had not yet achieved anything. And so he set out determined to make his mark on the world. Decades later, most would agree he has indeed succeeded.