Some people are the dog. Others, the tail on the dog. Or alternatively why I’m celebrating my 1000th+ title in active worldwide distribution. 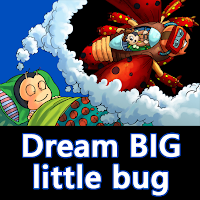 Celebrating my 1000th title in active distribution isn’t about numbers. It’s more about helping others understand today’s publishing reality. The reality of today’s working-class writers. In publishing today, a writer who sells a million copies of 1 or a few books is a superstar while a writer who sells millions of copies of many books over many years may not even be considered by some to be successful. That’s because the publishing industry is designed to recognize racing rabbits—those thoroughbred superstars who knock the covers off the ball and sell, sell, sell copies of a single book or a few books by the boatload. The publishing industry isn’t designed for the working-class writer—those tortoises who barely get in a few steps toward first base while the superstars are sliding in to home.

But this tortoise has news. You can be a tortoise and reach home plate too. It takes much longer, requires much more dedication, but it can be done.

Although I don’t have any single book that has sold a million copies, I do have many books that have collectively sold millions and have collectively been checked out of libraries millions of times as well. In fact, earlier this year, I celebrated the publication of my 150th book. Well, at least the 150th book I counted amongst a much larger number of books of mine that have been published since 1995. For you see, the working-class writer doesn’t have the luxury of writing a book a year or a book every 2 or 3 years. A working-class writer must write 3, 4, 5, or 10 books a year to pay the mortgage, to put the kids through college, to feed the beast.

Many books written for many years help to give tremendous breadth and depth to any working-class writer’s body of work. All those books released in various editions, as audio books and ebooks, as sets and compilations, and as translations into many languages over many years create mountains of active titles in distribution. When those mountains of titles begin to wag the tail on the dog, it no longer matters whether you are the dog or the tail on the dog because at that point you are the whole enchilada. You are the dog, the tail, the dog wagging the tail, and the tail wagging the dog.

My numbers would in fact make most publisher’s drool. I’ve never had a book that failed to sell. My books earn back their advances. My books have long legs and typically have steady sales year after year after year. And by sales I mean all purchases, downloads, check outs, etc that result in a reader getting a book to read. But my books sell collectively in a relative trickle.

When you look at all the various editions, formats, sets, compilations, and translations of my books and track those as individual titles, you find that I’ve had many thousands of titles published over the years. There are in fact over 1,000 active William Robert Stanek titles available right now today (and not including an additional 400 or so of my titles in the English language that don’t even have my name on them as they are sold under brand names). Online bookstores, like Amazon or Barnes & Noble, carry over 600 of my English language titles and there are over 900 of my English language titles in library distribution. You can check these numbers yourself by counting all the William Stanek, William R. Stanek, William Robert Stanek, and Robert Stanek English-language titles.

None of these titles individually is a blockbuster, but all of these titles sell. They sell in that relative trickle I spoke of a moment ago. (For a complete list of my books, read: Books by William Robert Stanek.)

A trickle that turns individual snowflakes into snowballs coming done a mountainside and snowballs into an avalanche that brings the mountain down and levels the playing field with the superstars of publishing. My publishers don’t like it when I give exact numbers, but consider this: if you count only 1,000 of my active titles and say those titles sell only a miniscule 1 copy a day on average, that’s still 365,000 books sold a year.

Being the tail on the dog’s not looking so bad after all. Is it?

Thanks for reading! For more about my 20-year career as a writer, read "How I Made This Crazy Thing Called Writing a 20-year Career."

Email ThisBlogThis!Share to TwitterShare to FacebookShare to Pinterest
Labels: author's life, being a writer, on writing, publishing, writers