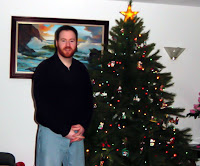 I write as William Stanek and Robert Stanek. My story may help you understand writers and independents a little better. As a technology journalist, I've written for PC Magazine, Dr. Dobbs, TechNet Magazine and a variety of other leading magazines. As a technology writer, I've written for Simon & Schuster, Random House, Macmillan, Pearson, Microsoft, O'Reilly and other publishers. My many technical articles and technical books have helped millions of readers learn essential job skills and stay competitive. That's important, especially in these troubling economic times.

While working on the William Stanek books, I also worked on my Robert Stanek books, including the Ruin Mist books, the Magic Lands books, and the Bugville Critters books. The Ruin Mist books have been fairly popular. In the spring of 2002, Keeper Martin's Tale and Elf Queen's Quest became instant bestsellers, spending a combined 26 weeks on the Amazon.com Sci-Fi/Fantasy Top 50 list. The name "Ruin Mist" is the common language translation of an elvish word, which means "the lost ages" which is what ruinmistmovie.com is all about. The stories of Ruin Mist are set in a fictional past of our world.

The popularity of the Ruin Mist books built up through the release of the subsequent Ruin Mist books. Readers enjoyed the magical realms, the grand adventures, and the combination of classic fantasy elements with a fresh, highly imaginative approach. In the spring of 2005, the Ruin Mist books were first published in audio and became instant audio bestsellers, spending more than 52 weeks on Audible.com's bestseller lists. The Kingdoms and the Elves of the Reaches eventually became one of the Top 100 all-time fiction bestsellers on Audible.com and was so popular, it was featured on the Audible.com home page throughout July and August 2005. 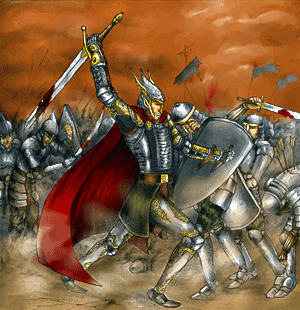 In 2005, the Ruin Mist books also were featured in several printed books, including The Ancient Art of Faery Magick, The Complete Idiot's Guide to Elves and Fairies, and Popular Series Fiction for Middle School and Teen Readers (Children's and Young Adult Literature Reference). In 2007, the books were featured and highly recommended by VOYA, the top library journal for youth librarians.

"[A] complex tale...sure to attract fans of graphic novels and classic Tolkien alike....Stanek will likely draw a cult following....This cliffhanger guarantees fans, and those fans will be ready to wield their swords against the Dark Lord in Stanek's next installment." (VOYA)

I've also written an account of my experiences in the Persian Gulf War. That book, Stormjammers, was featured in the Journal of Electronic Defense and highly recommended. 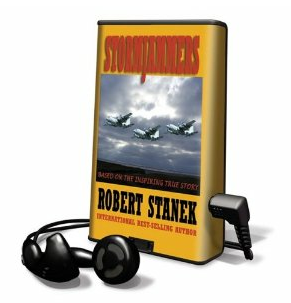 "Hard to put down....It is impossible not to share the relief and pride of the individual crew members when the attack missions they protect exit Iraq safely....Another side of the book lets the reader ride along when Stanek's EC-130H has two engines quit in the war zone." (The Journal of Electronic Defense)


The Bugville Critters have always had a special place in my life. For 15 years, I was satisfied with only the gleeful cheers, laughs and giggles of my children who delighted to hear my tales of Bugville and a little bug called Buster. My children urged me for years to get the books published so other children could read the stories too. Since I started that long journey in 2004, the Bugville Critters books have been featured by Parenting Magazine, written about by the Wall Street Journal, and welcomed by teachers around the U.S. These stories are about life and our world. I wrote the stories to instruct and entertain. 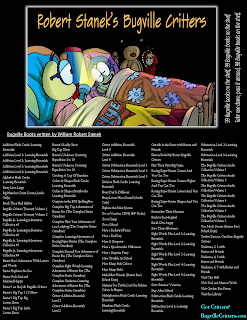 Thank you for reading! When you're out shopping this year, I hope you'll support independents, along with the big boys, too. You can learn more about me at robertstanek.com or at reagentpress.com.
at November 11, 2013