Great year to be indie! Rise of the Fallen (http://amzn.to/tqiBDB) and Into the Stone Land (http://amzn.to/uPkrYa), my latest novels, continue to be popular, especially at libraries. Twelve Dresses, One Star (http://amzn.to/so7zrF) is a new Bugville picture book.

Buster and friends are having a great holiday, and already are thinking about the big celebrations. Dag even started a letter to Santa... 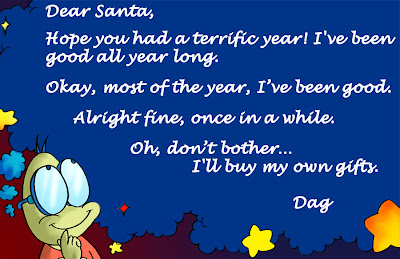 While Buster was experiencing a little Holiday Hijinks of his own... 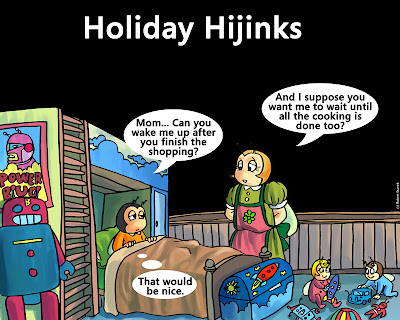 A few fans thought, this was the ultimate screensaver, though some didn't understand the subtle message hidden in the subtext. I'm sure you do though, right? 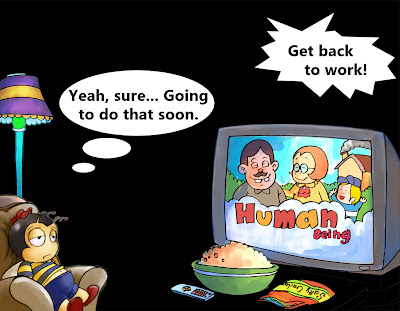 Thanks for reading. Until next time.
at December 19, 2011 No comments:

Dragon Wars, TGIF and Other Fun Stuff for the Holidays!

Happy Holidays! Haven't updated my blog lately, but I do post regularly to my Facebook page (http://www.facebook.com/#!/Robert.Stanek.Author.) The Dragon Wars -- Ruin Mist: Dawn of the Ages is what I've been working on (in part).

(from the cover of the upcoming book)
If you haven't been visiting my page on Facebook, you've missed out on Critter funnies and a lot more. One of the favorites: TGIF Buster. 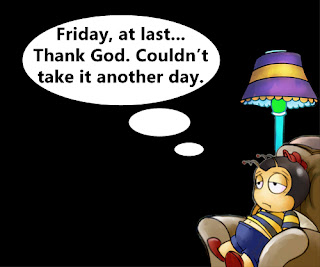 Lots of funnies for Halloween too.  Another favorite: Trick Or Treat Screensaver for Windows (http://www.bugvillecritters.com/wallpaper/bugville-htreat.exe).
Download the installer file (.exe) and then double-click to install the screensaver. If you don't want to use the self-installing executable file, download the screensaver file (http://www.bugvillecritters.com/wallpaper/bugville-htreat.scr) instead and then double-click this file to use as a screensaver. The screensaver is customizable. 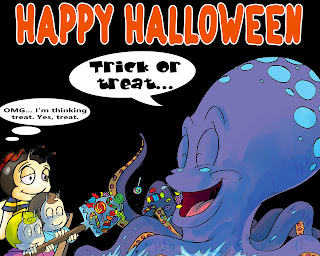 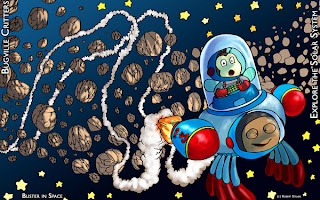 Thanks for reading. Until next time.
at November 12, 2011 No comments:

Getting closer to 2 important milestones: the 10th anniversary of Ruin Mist's first publication and the 500,000th Ruin Mist book. Beyond that, it's been a busy time the past few months preparing and launching Bugville Jr and Bugville Learning Adventures. The fifteen original books are now releasing and becoming available just about everywhere. As of today, I also just finished reviewing the related audio books. I adapted each original picture book specifically for audio, ensuring each was a standalone production that worked well in the audio format.
Adaptation was necessary as the original books rely heavily on a visual theme. With a book like Buster's Undersea Counting Expedition 1 to 20, which uses the theme of arriving undersea life to encourage counting, this meant reworking the text to help readers better imagine a journey under the sea based on audio cues and to encourage young listeners to participate interactively in the adventure as they listen.
Bugville Jr and Bugville Learning Adventures audio books will be available separately and in special collections of multiple titles. Here's a look at all the books: 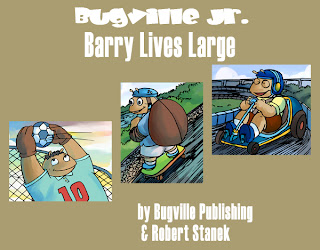 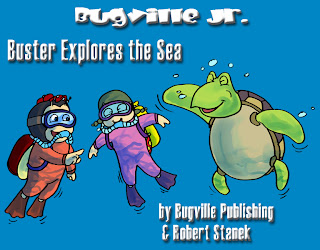 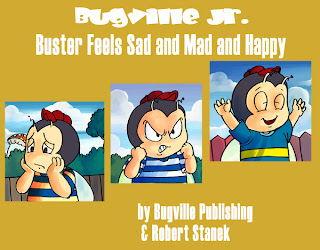 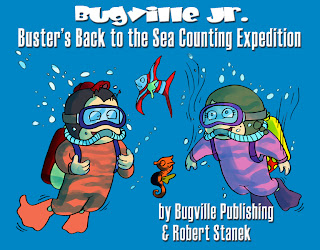 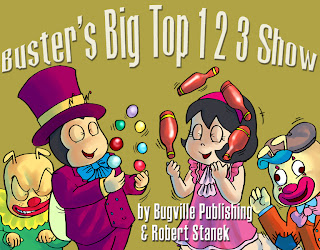 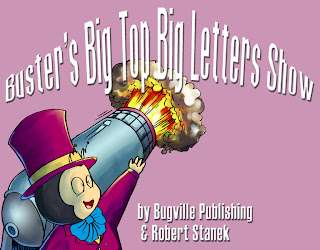 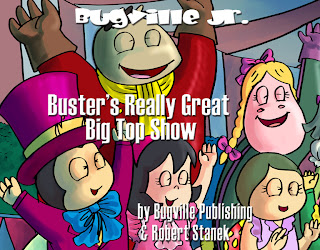 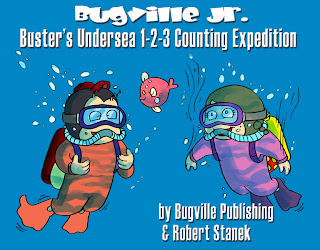 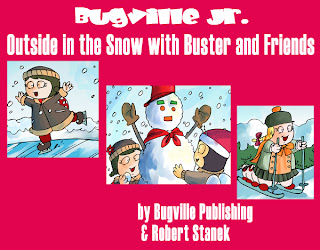 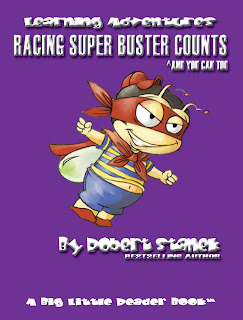 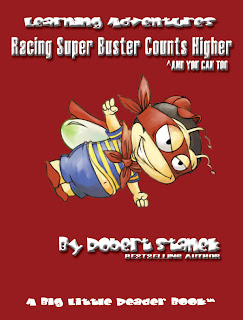 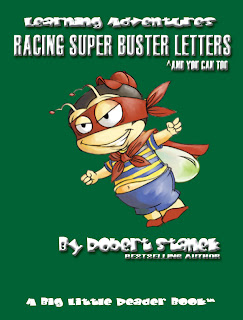 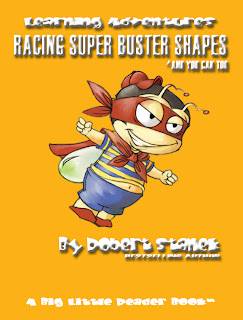 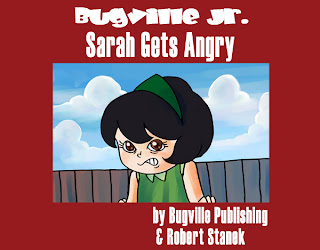 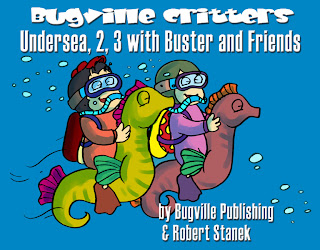 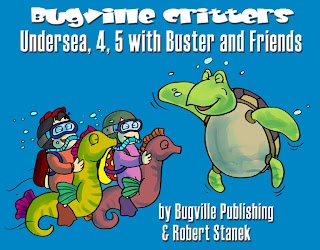 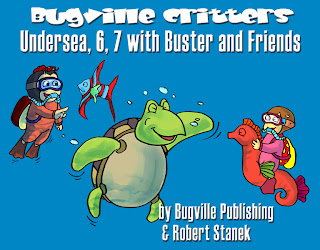 Originally posted 11:58 AM UTC, May 3, 2010. Moved to Blogger.com Feb 11, 2011
Dear Reader,
As most readers know, my 100th book was published in 2009, and it marked an important milestone in my writing career. If you asked me in 2002 after Keeper Martin's Tale was on the Amazon SciFi Top 50 bestseller list for 26 consecutive weeks or in 2005 after Kingdoms and the Elves of the Reaches dominated Audible's Top 10 Fiction list for most of the year whether I'd still be writing after 100 books, I might not have said yes. But today, I cannot imagine doing anything else.
I've been writing stories most of my life, had my first book published in 1995, and writing is my life. It's what I do as both a job and as a hobby. Most people know I also write nonfiction as William Stanek. The William Stanek books are my job, and I love writing them. The Robert Stanek books are my hobby and I love writing them too. It's a strange marriage of two passions.
Although writing the William Stanek books requires my days, my nights, my weekends, and my holidays, I've always kept writing the Robert Stanek books. I steal quiet moments to write a few sentences at a time, work in the wee hours of the night or morning. Whether I'm sitting in my easy chair or out and about, I'm always writing, always scratching out new ideas. The creative process renews me. It helps me think in new ways; it helps me stay fresh; it helps me keep focused--and creative thinking, staying fresh, and keeping focused are important for all writing.
Big news for Ruin Mist readers.
Battle for Ruin Mist: The Role-playing Game was released in November 2009 and it has exceeded expectations, selling out two short runs. I'm looking forward to feedback from players on the first edition rule set.
Rise of the Fallen is being released/was released in May 2010. This is the first book in the new Ruin Mist series called Dawn of the Ages.
Betrayal also is being released/was released in May 2010. This is the first official Ruin Mist comic book. The four comic books in this new series will be collected in the "A Daughter of Kings" graphic novel.
You can read an 8-page mini-ebook and special preview for **free** at Meet the Dragons or explore the creative process and the Graphic Novels with me at Explore Ruin Mist Graphic Novels.
Lots of Bugville news also. Reagent Press has released all 16 of my original Bugville Critters books now in print, e, and audio. The latest releases are small format starting at $5.99. These small-sized editions don't have the bold, beautiful paper of the large, premiums starting at $9.99, but they have the same stories and illustrations. Continuing with the tradition started with the original Bugville Critters books, the newest Bugville books were released first in audio. The twelve new adventures for Buster and his pals are:
1. Every Letter Has Its Day
2. Every Day Is Different
3. Catching A Cup Of Sunshine
4. Every Letter Has A Sound
5. Every Number Counts
6. The BIG Number Count Down
7. Explore the Solar System
8. Remember Their Manners
9. Go to Camp
10. Save Their Allowance
11. Start Summer Vacation
12. Visit the Library
These books were released in audio in 2009. They're fully illustrated and typeset now and will be coming out in print in 2010 and 2011. The 12 new books make a total of 28 fun-filled adventures starring Buster, Lass, Cat, Dag, and all the other loveable critters of Bugville.
Some cool facts about Bugville:
Thank you for reading. Thank you for your support.
Take care,
Robert Stanek
at February 11, 2011