When Hollywood Comes Knocking for the 6th Time, You Know You're Doing Something Right 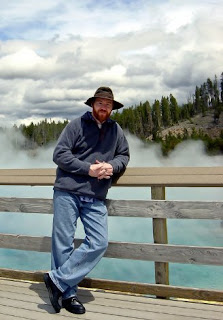 You know you're doing something right when Hollywood comes knocking for the 6th time, especially when the person on the other end of the line is gushing praise about books they've just finished reading. Those books being Ruin Mist Chronicles (Keeper Martin's Tale, Kingdom Alliance, Fields of Honor, Mark of the Dragon) which are also in YA editions as (The Kingdoms & The Elves of the Reaches 1 - 4 and In the Service of Dragons 1 - 4).

Way back in 2002, the first two times Hollywood came knocking, I was too awestruck to enjoy the moment. All I could think was DreamWorks is considering my books for the movies--and then before that could sink in Fox was there considering my books too. I was dancing on top of the world, especially with the same books doing so well on Amazon's bestseller lists.

Dancing on clouds was fun but it wasn't until Hollywood came knocking a third time that I knew I'd really done something right. That third time, it was VMP who came knocking. As they're the producers of Armageddon, Virus, Clockstoppers, Adventure Inc., The Coven, The Punisher, Æon Flux, Room Service, Welcome to the Jungle, The Incredible Hulk, Punisher: War Zone, I thought for certain this was the right fit. The right production company for Ruin Mist.

But it wasn't to be.... A lot of years passed and thoughts of breaking into Hollywood faded away. In 2008, I finished Illustrated Encyclopedia of Ruin Mist and Keeper Martin's Guide to the Fantastical Beasts and Fairie Creatures of Ruin Mist. Both books were BIG hits with fans and as it turns out with MGM, who came knocking, as did Artciculus Entertainment.

MGM was the one I'd've liked to see make the movies. They could have done it right and ensured a 4-movie run, which was what I was hoping for. It's the complete story that I want to tell in film and it's only through the course of all four books that the story behind the story is fully told. That being the story of tragic romance of Ansh Brodst, a man at arms, and Delinna Alder, a princess of the realms.

In 2010, I finished the Ruin Mist comics and a prequel, Dawn of the Ages. The Ruin Mist graphic novel was published in late 2011. And it's these stories that bring a new movie production company to my door. Will the 6th time be the charm? Stay tuned... I'll let you know when I know.

A Quick Update, Summer of Indie, Facebook… Halloween Ahead…

A quick update about print books… Last time Australia and New Zealand, this time Germany and Brazil as RP just signed another distribution deal which will bring my fiction books in print to select bookstores in those countries. So that’s fantastic news as we head into the holidays!
This past summer I featured nearly 100 indies in Summer of Indie. Whether you’re an author or a reader, I hope you’ll stop by the Go Indie - Read Indies blog and see what Summer of Indie was all about. http://ReadIndies.blogspot.com/.


If you're an indie author, you've probably seen me hanging out on Facebook over the past year. If you’re a reader, you’ve probably seen me hanging out on Facebook too. Why? I wanted to see if social media was worth all the fuss. Was it really the future of communication? Could you really connect with anyone in a meaningful way? Does it matter? The short answers: Yes, it could be. Yes, it’s possible. Yes, it matters. The long answers: forthcoming. http://www.facebook.com/RobertStanekAuthor.
Halloween Ahead… Have a Spooktacular Halloween! 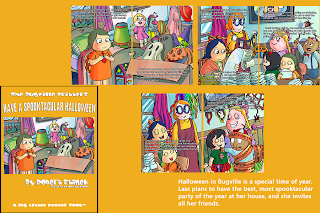 Thanks for reading!
Until next time,