It’s Giving Tuesday! A Goal Finally Reached After 20 Years… A Time for Change

Giving Tuesday is a time to show support for favorite causes and charities. Most people who know me know that I’m a vocal advocate of veterans and people with disabilities. As a veteran with disabilities, related causes and charities are something I support unabashedly whether it’s the Wounded Warrior Project (www.woundedwarriorproject.org) or Special Olympics (www.specialolympics.org). 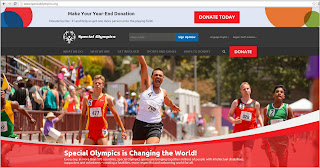 My daughter Sapphire has Downs, so it’s another reason that giving back, supporting related causes and charities for people with disabilities, is so important to me personally and my family. One of my daughter's favorite causes is Day of Champions. She's participated in every Day of Champions from the first to the most recent one, the 13th, in May 2015 and my family has been there as well. This year the Kiwanis Club stepped in to help and provide assistance, making the event an even better one for the nearly 600 kids with special needs who participated. 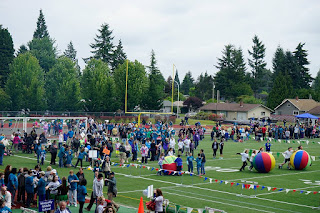 Another cause that I support are books for schools, libraries and families. Anyone who knows me probably knows this too.

As part of my contracts and payment, I received 25 copies of each book from my publisher. This was written into my contracts. So a few days before publication I suddenly had box after box of these big, doorstopper books. Weighing in at around 1000 pages, there were 5 or 6 books to a box and I had no idea what to do with all those boxes of books.

Each book had a cover price of $49.95 so 25 books was $1250 at retail. Selling them probably would have been a great way to generate cash and pay my bills, especially as these boxes of books were quickly followed by other boxes of books, like my books FrontPage Unleashed and Windows NT Pocket Consultant.

I didn’t want to sell the books, however. I kept two copies for my library, gave away 2 or 3 copies to readers, and donated the rest to organizations where the books would be put to good use whether these were schools, libraries, learning centers or whatever.

Over the years, I expanded the book giving to include my fiction works and other works by RP Media authors. As I have about 100 or so professionally published books and even more published through RP Media, this has meant giving away thousands and thousands of copies of my books to schools, libraries, learning centers and other places where the books could be used to help others. As year by year RP Media matches my giveaways with the books of other RP Media authors and has a library of over 1,500 titles, the total reach is even greater.

I’ve received lots of heartfelt thanks from those I donated books to but none more so than from students in classrooms in Puerto Rico who never before had books of their own. Entire classes wrote their individual Thank Yous and it made all the hard work worthwhile.

Digital has opened up entirely new ways to ensure everyone has access to books. Through Ripple Reader, Epic and others, I’ve been able to participate in programs to provide free access to books for classrooms and teachers, but one of the most unique efforts I support is Project eShelf, which provides free access to hearing and speech impaired children in Scotland including St. Columba's Girls National School in Douglas, Cork.

My goal when I began this work was basic: simply to give back in a meaningful way. Over the past 20 years, these efforts have meant giving away over $1,000,000 in books to schools, libraries, communities, charities and other organizations worldwide.

When I started this work all those years ago, a $1,000,000 goal was unfathomable. It seemed a great reach, but it was accomplished one step at a time. Baby steps at first, then larger steps and new paths opened. The goal reached and with less means to provide support, I will quietly step away from the effort now, though my books will remain available in specialized free access programs for schools and libraries.

My hope though is that I’ve inspired you who are reading this to pick up where I leave off. Want to give back and support books and reading? There are many ways you can do this right now:

These organizations are nonprofits that provide books to children. There are many others as well, and much you can do if you want to forge your own path as well.